Oh, and Happy Thanksgiving too or whatever.  Yeah, that’s it, go on, celebrate how the pilgrims and Indians gathered together to steal America from the dinosaurs by killing them with blankets infested with meteors.  Go on.  I hope you’re proud of yourself.

RARR. This could take a while.

Hi! Hihihi! It has been a while, so we return to our roots with a simple drawing lesson for you, in classic Friday Files style…. RARR!!!!!

Oh, little girl, do not try to dominate this sheep’s spirit and enslave his soul. BIG mistake, that.

Not really. April Fool. w00t! Been in absentia for quite a while, but The Friday Files recently had it’s 1 year anniversary. To commemorate the historic event, I’ve actually drawn something for you. Happy Monday, my dear little fools of April!

Get your limited addition Unicron 3000 today! People will fear you! You will fear it!

The fox trotted in near-silence alongside the shallow creek through the long, narrow, winding wood, dry leaves whispering beneath her paws.  With quick, quiet, unconscious stealth she moved towards her den as dawn approached.  Now and again, returning from her nightime communal forage of fox-sisters, she paused to quickly root out a juicy, nourishing grub here or a small cache of succulent ant larvae there.  Her life was satisfying and as it should be, a combination of the thrill of the hunt and luscious culinary satisfaction, the relative ease and safety of life in the suburbs of New Jersey and the still-wild and eons-old instinctive order of foxen society.

Yes, there could be nothing to compare with this life, this life that began and went along and was.  This life of a fox was exactly what it was and she could, indeed would, ask no more.  Why would she?
I used to be a fox, happily doing what was to be done, what a fox had to do.  Briefly the wind blew to me a rare, rare mate that said YES YOU ARE EXACTLY A FOX AND WHAT MORE COULD ONE WANT BUT A FOX AS A FOX, and he meant this, and he did not wish me to be another way, and indeed would have rejected me as anything other.  It is only because of this that I know, I know it is possible to be a fox and remain a fox, without someone loving a fox but ultimately wishing the fox was a capybara or a halibut or a gerbil.
I also know… I also know that I still love to forage, and to be a fox because I am after all a fox, and to commune with my dearest foxens, and that it is as healing and nourishing to me as the dark and dry leaves and grubs and larvae and moonlight.
And one more thing I know… I was just going to write about a little fox making mysterious noises in my backyard tonight.  🙂
Standard

and hello.  I have not posted recently, and suspect I will continue that way for a while.  I just have not felt much like drawing silly pictures lately.  Because life, that’s why.  Hopefully I will feel like being ridiculous and foolish again soon.  But for now, getting out of bed on a daily basis will have to be amusement enough, you know?  Yeah, you know.  Word up, my homies, as the kids may or may not say.

Anyway, just thought I’d mention.  And thank you for stopping by.

Thanks to the talented Coco & the stealthy Thomas, this Wednesday has been taken care of!  I must say, that is one happy lookin’ ‘stache.

WorK has been INTENsssSE LATEly.  BUT GOOD TIMES NUMBERZZZZZZ love all the numbers sooo many numberz PLEASE PULL MY eyes out please.  Have NICE DAY please.

Yeah, just kickin’ back & chillin’ on some spreadsheet action. Yo. 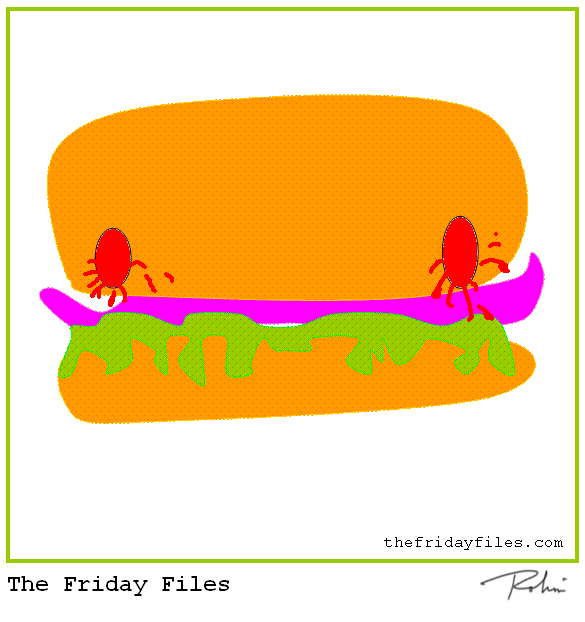 Sometimes they fight back

Dialogue for a New World Paradigm.  Courtesy of The Friday Files.  And don’t forget to floss.

Give them both a big hand

Nine Days And Getting Worse

My mom is gone.

How can I stand it?

It just gets more awful.

No please.  Make this nonsense not be.